The period 25 – 28 May saw the fifth edition of Demo Metal in Brasov, the key event of the Romanian metal working industry, which managed yet once again to create positive synergies and aggregate the community of specialists from this Romanian sector. This year, Demo Metal was once again noticed for the high quality of participants – exhibitors and visitors alike.

With 95 exhibitors (25% more than the previous edition), on a venue of approximately 5000 sqm (30% more than in 2015) that was fully taken, Demo Metal 2016 attracted 2326 visitors – industry specialists and managers (25% more than in the previous edition). Moreover, the number of student visitors at Demo Metal 2016, 168, was higher than last year, coming from the Transylvania University of Brasov, the Pitesti University, the Bucharest Military Technical Academy, the “Puskas Tivadar" High School in Sfântu Gheorghe and the Kronstadt German vocational school. 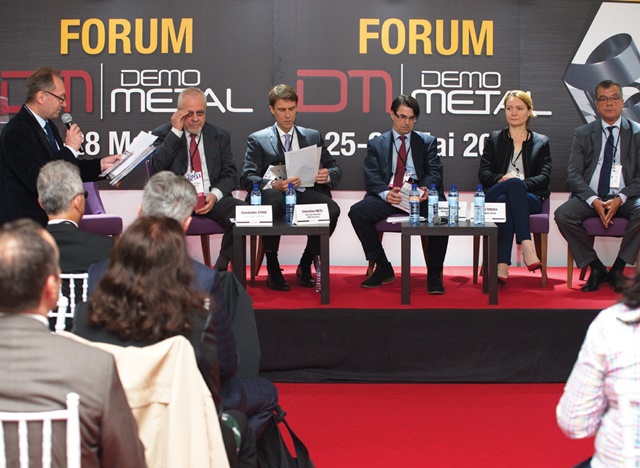 The anniversary edition of Demo Metal proved yet again that actions aimed at the common good bring together competent, positive and dynamic people who help develop the sector and find the time in their busy schedules to support events that add value to their professional and business communities. Thus, the 2016 edition was a success also thanks to the involvement of the event partners (ACAROM, AHK, CCIFER, OPIAR, DWK, THE ROMANIAN EMPLOYERS’ ORGANIZATION, AGIR), the hosts (PREH and ICCO), and companies from Germany (SCHAEFFLER, STABILUS and other „Made in Brasov” companies) and France (AIRBUS and TOTAL). Moreover, we have to particularly highlight the involvement of participants, with high presentation standards noticed by both the Demo Metal visitors and the foreign partners, who later stated they did not an event to such high standards – “it looks like German fairs, smaller of course, but what we’ve seen here is extraordinary”, “the quality of the Forum participants is extraordinary, I am glad I was a part of this” are remarks accompanied by calls for participation to foreign associations and companies, which give an European dimension for the future editions of this fair. 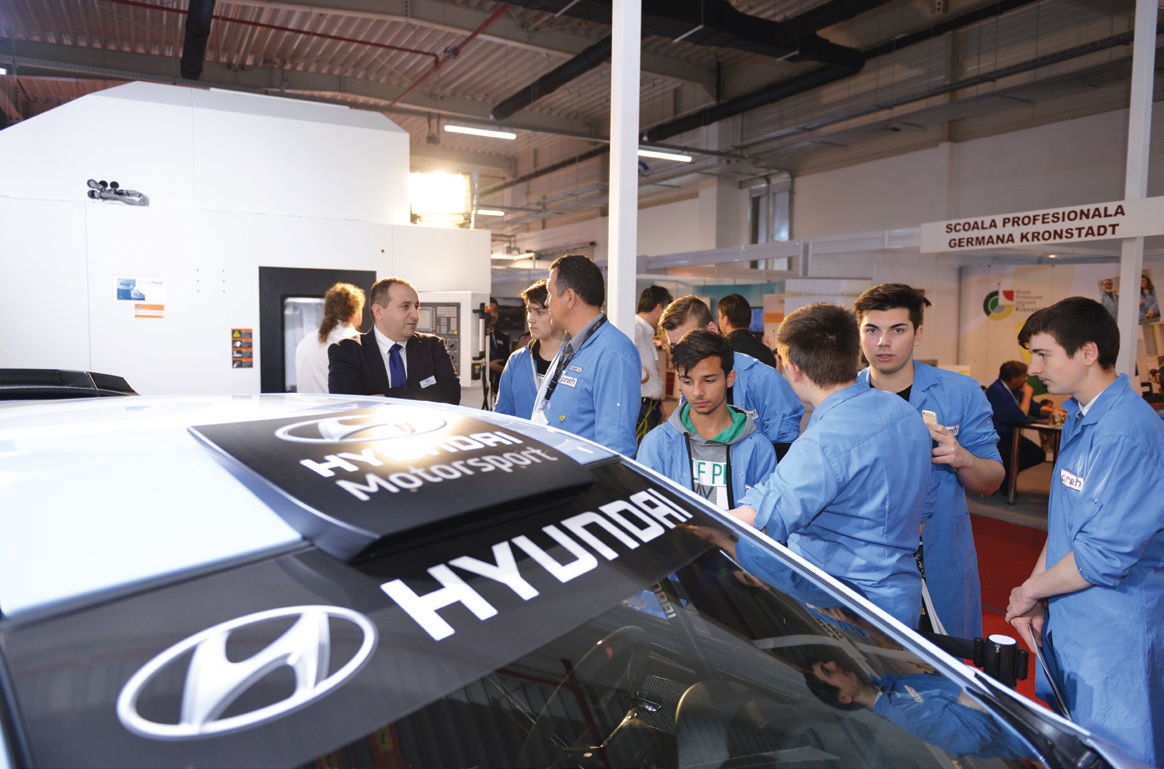 Demo Metal 2016 attempted and managed to outline, albeit at a smaller scale, the Romanian industry with all its parts: dealers/distributors of equipment, Romanian-based manufacturers – whether Romanian or multinational, dual vocational training and tertiary education, and not least, the opportunities provided by the Romanian industry. The first-time attendance by large companies was a welcomed surprised – they displayed Romanian-manufactured parts which go into well-known motor vehicles from the world market (such as the hi-tech console manufactured by Preh for Porsche). 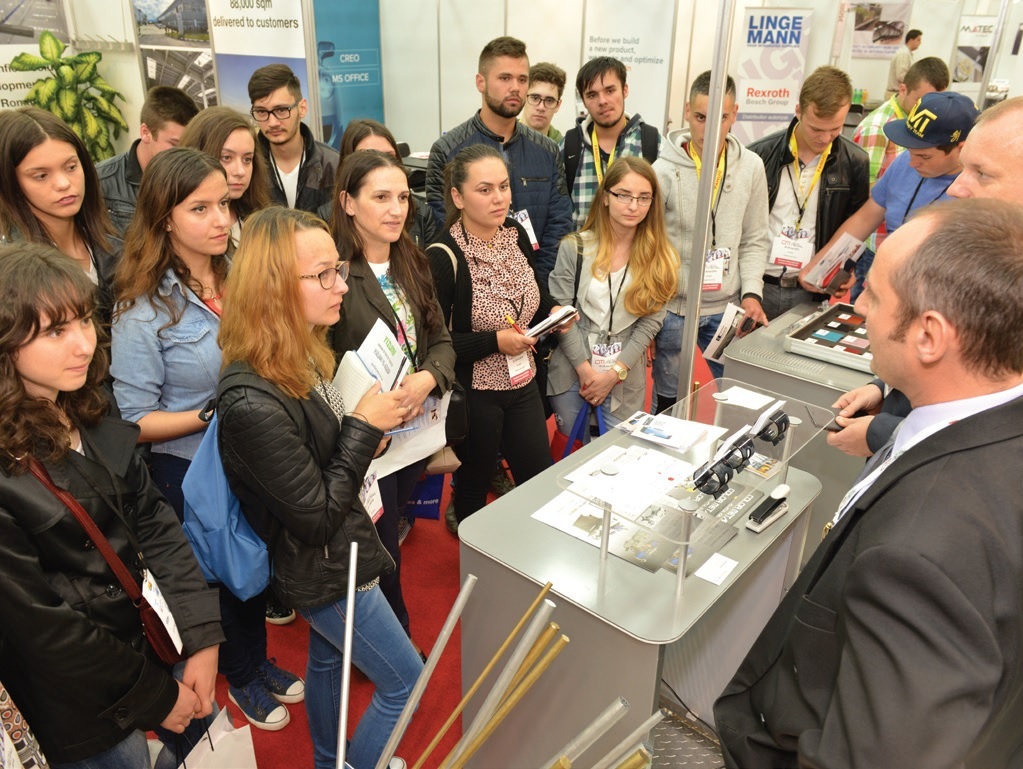 Against this background, the first day of the Demo Metal Forum proved the main feature of the event in terms of both its topic – OPPORTUNITY: THE ROMANIAN INDUSTRY, and the participation and extraordinary involvement of the guests: Constantin STROE – President of ACAROM, Sebastian METZ – AHK General Manager, Adriana RECORD – Managing Director of CCIFER, Mihai TONCEA – President of OPIAR, Alexandru BLEMOVICI – General Manager of Schaeffler România SRL, Franck HAETTEL –Managing Director of Total Romania, Viorel CIOCOIU – Advisor of Costin BORC, the Minister of Economy, and Alexandru Gabriel RADU, representative of the Ministry of Education (we will return with further details in the next issues of our magazine). 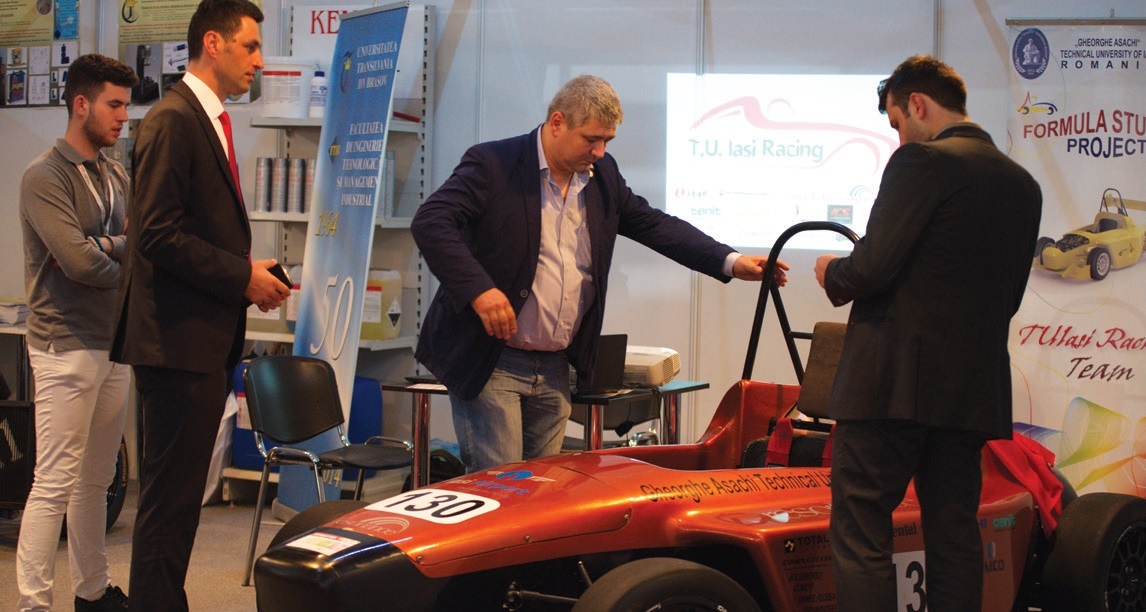 The “Western Europe” outlook, the professionalism of the exhibiting reps and their availability to answer to any queries, the large number of equipment, the presence of Romanian companies and products – “we finally get to see what is being manufactured in Romania”, and others, were the key elements of this year’s edition of Demo Metal, as shown by the answers of the visitors to surveys by the organizers. These are actually the best arguments for the visitors coming to Demo Metal 2017. 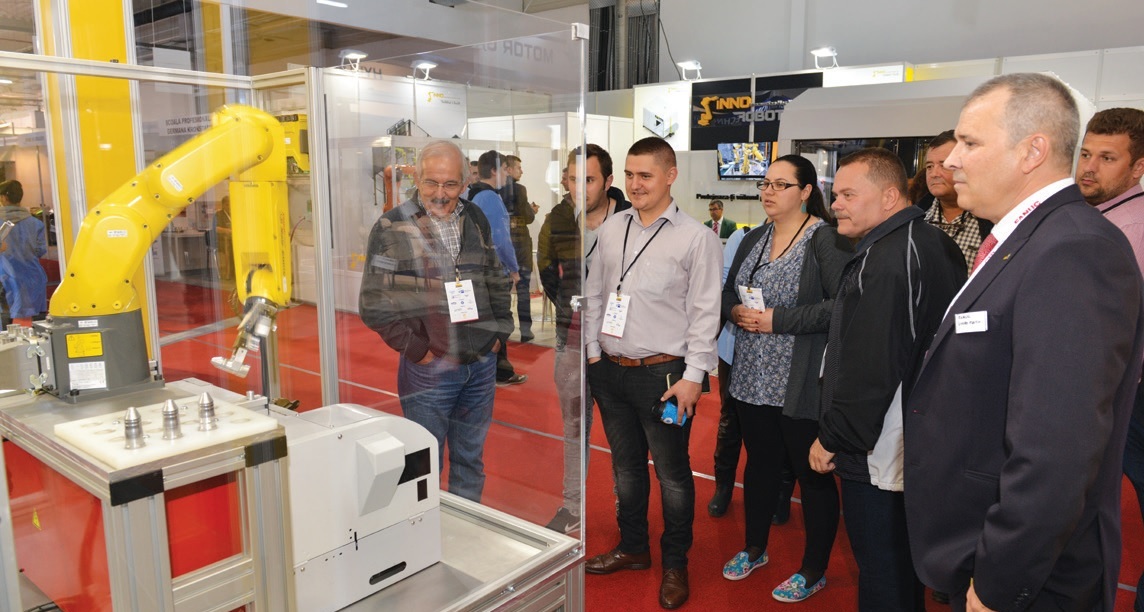 And if this year’s edition was attended by nearly 2500 visitors (including students) in not exactly best weather conditions (and in a venue outside the city centre), we can safely say the next year edition will be attended by those kept away by those scared away by the rain this year. And since the survey carried out shows that more than 37% of this year’s exhibitors will want to increase their exhibition space and 48% think will stick to the same area (with 9% unable to estimate their future exhibiting needs), looks like Demo Metal 2017 is set to significantly exceed this year’s edition. It only remains that Brasov treasure its participants and tap into its opportunities by making available an exhibition venue fit for the interests of the business environment. Please find below some statements of the participants at Demo Metal 2016 in Brașov. 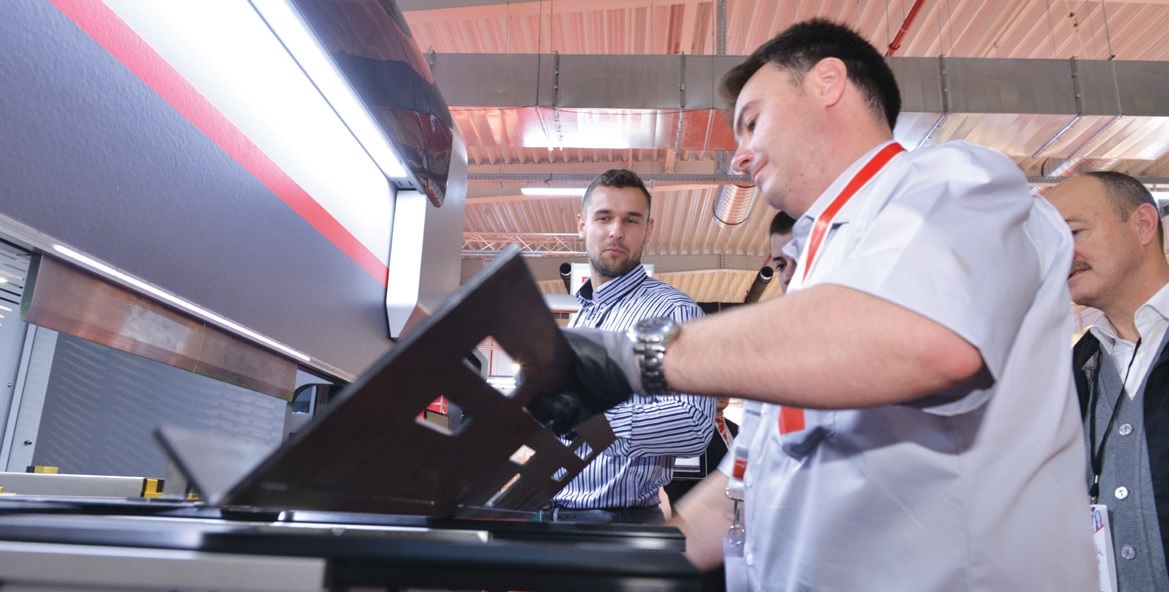 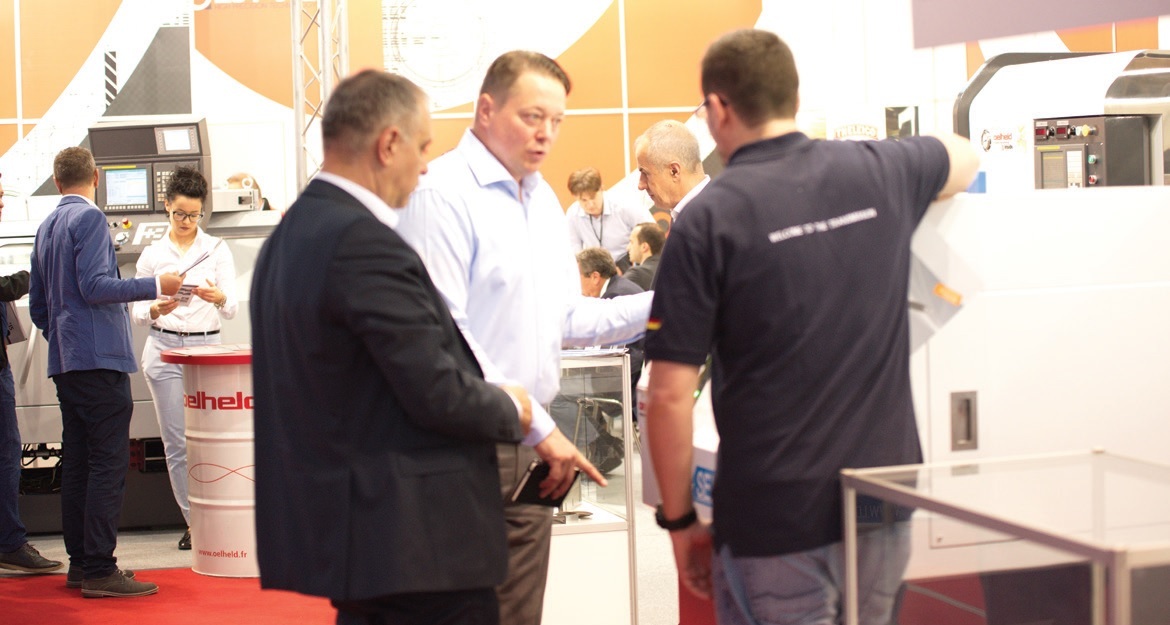 Testimonials of the participants at Demo Metal 2016 Braşov 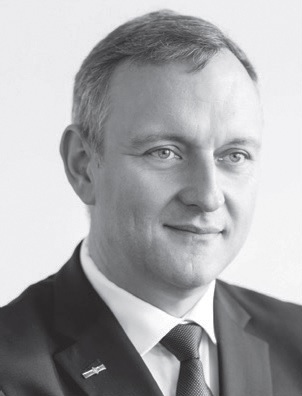 “Demo Metal impressed with a presence at European standards at the 2016 edition. We can clearly notice a positive trend, and the event is more than certain the most important in this sector in Romania! We particularly noticed the initiative of having on the agenda presentation forums and debates of current topics of interest for the business community.  I took part in one panel and I can say it proved an effective communication platform. Brasov is a suitable location for an event of this size, in terms of both geographic location and industrial tradition. It is worth investing a centre dedicated to events like this, which would ensure the consistent presence of such events.” Alexandru BLEMOVICI, General Manager Schaeffler România 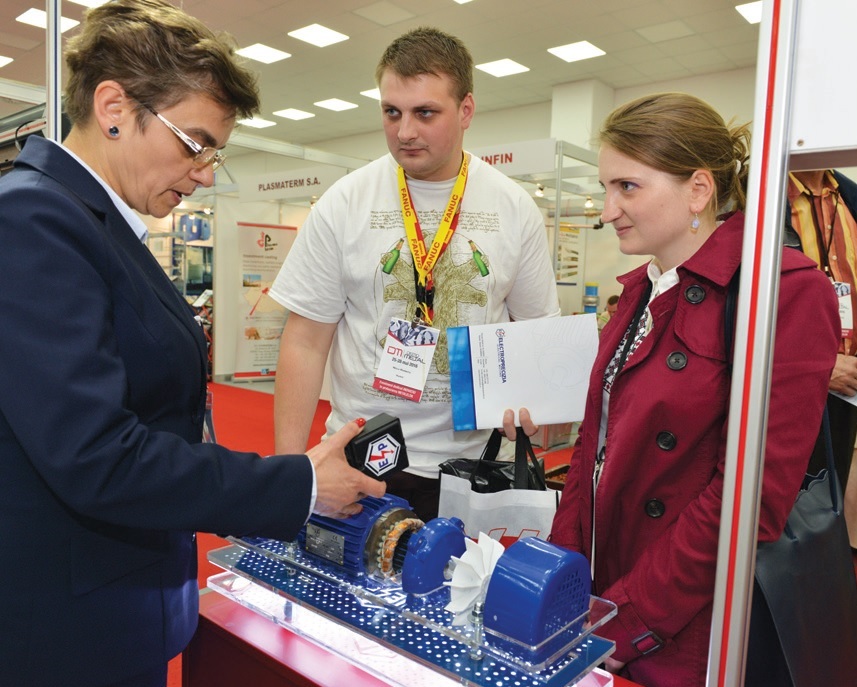 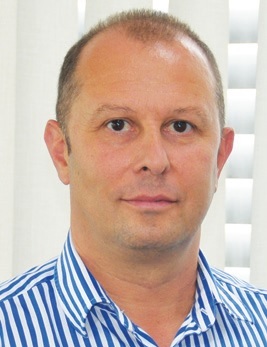 “Demo Metal 2016 was very well organized, exceeding the TIB in Bucharest. It was an event drawing multiple personalities and companies with professionally designed display stands. Of particular interest were the “Made in Brasov” and the “Kronstadt Vocational School” areas, which featured large production facilities based in Brasov. It also was a good opportunity to  interact according to the B2B and B2C principles, culminating in the common evening event, which proved of good quality and provided an informal discussion setting.” Dr. Cristian POPESCU, General Manager Stabilus România 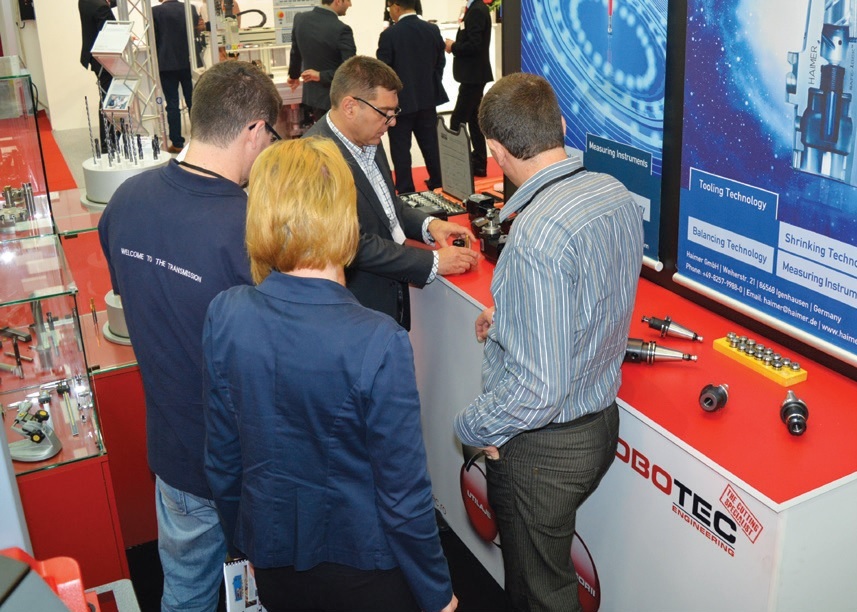 “In my 18 years of experience in international fairs and 8 years as a Romanian representative of two major exhibition centres in Germany, i.e. Leipziger Messe and Nürnberg Messe, I followed with interest the development of Romanian fairs. Fairs are a mirror of the sector/industry they represent, and DEMO METAL is today the mirror of the mechanical processing, machine building and installation industries in Romania. The upward trend in its 5 years of existence shows that technology supply and demand are on a new lease on life and permanently growing. I was very happy to see more Romanian technology, which raises hope in the future of Romanian industry, and I hope to see it soon at my fairs in Germany (such as Intec Leipzig and POWTECH Nürnberg). The new location, the organization, promotion and service quality are at Western level. We will support the development DEMO METAL and wish lots of success to the organizers!” Peter WOLF, Representative of Leipziger Messe and NürnbergMesse in Romania 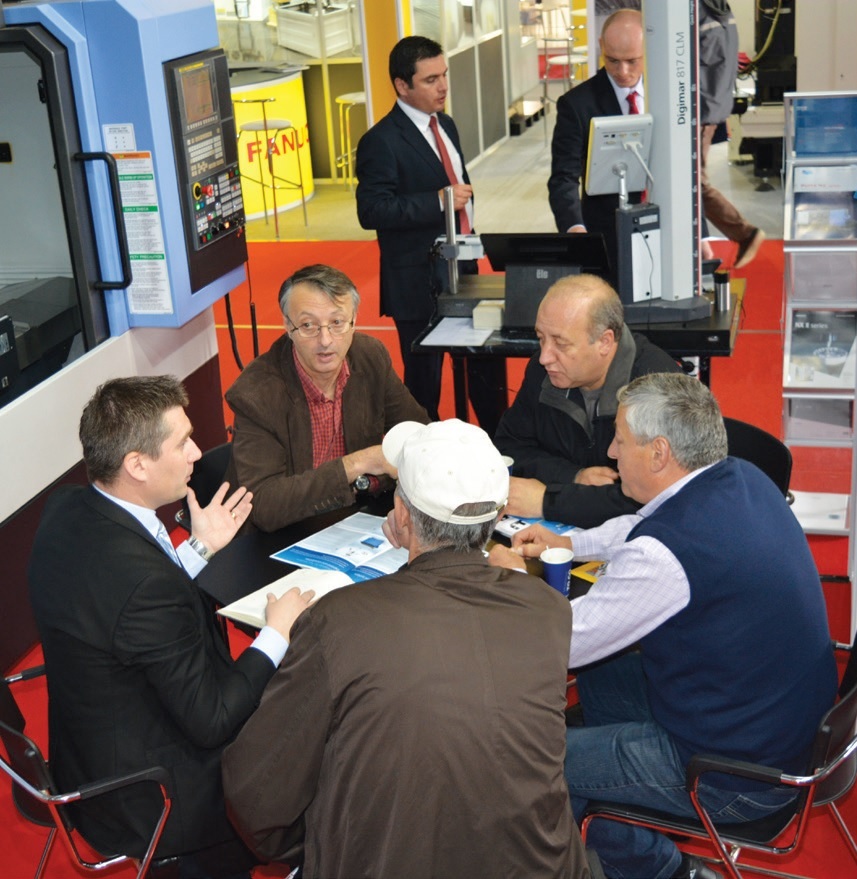 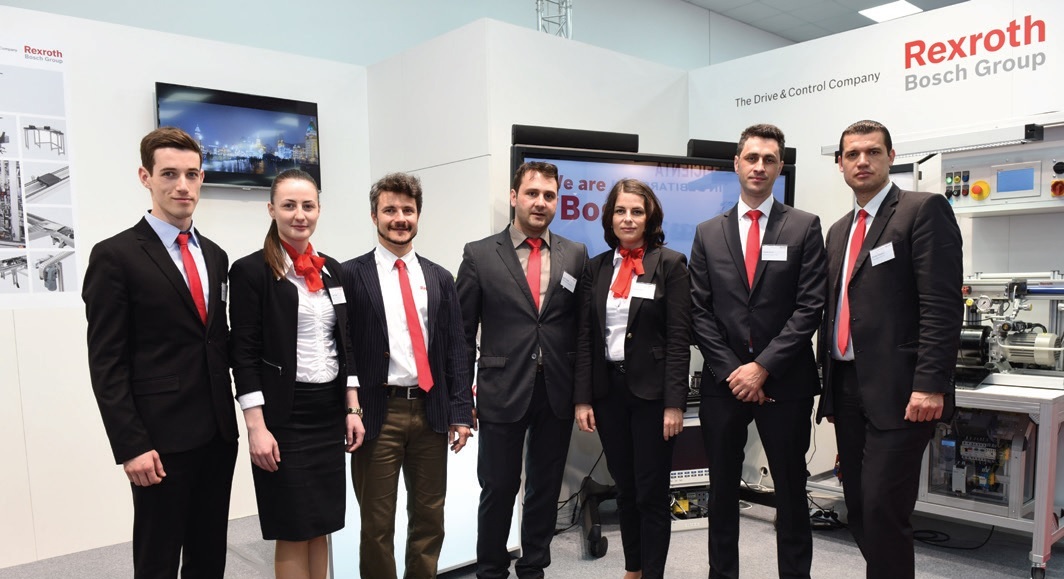 “The interest shown by Bosch Rexroth in the Romanian industrial market was the decisive factor behind our participation Demo Metal. The main goals were to identify new cooperation opportunities, targeting new markets, reinforcing relations with partners. Our company presented new products, the main exhibit being the Machine Simulator – a tool fitted with a real cutting unit which proved its functionality in real time. The interest of visitors for our products and the proactive attitude of organizers far exceeded our expectations. The Bosch Rexroth team considers that it reached its goals and considers participation to future editions. The Bosch Rexroth presence at Demo is a qualitative and quantitative variable with both immediate and long term economic benefits.” The Bosch Rexroth team

“It is yet another year when the Demo Metal proved its excellence in organization and professionalism. It provided us with an ideal setting to meet our current partners and customers, and the opportunity to meet prospective customers who were introduced to our latest novelties in the sector. During the four days of the event, we carried out live demonstrations on the equipment displayed and were happy to provide all our visitors with information. Thank you, Tehnic Media, for making this meeting possible and we wait to see the surprises of the next edition.” Mihaela COTÎRGASANU, General Manager KNUTH SRL 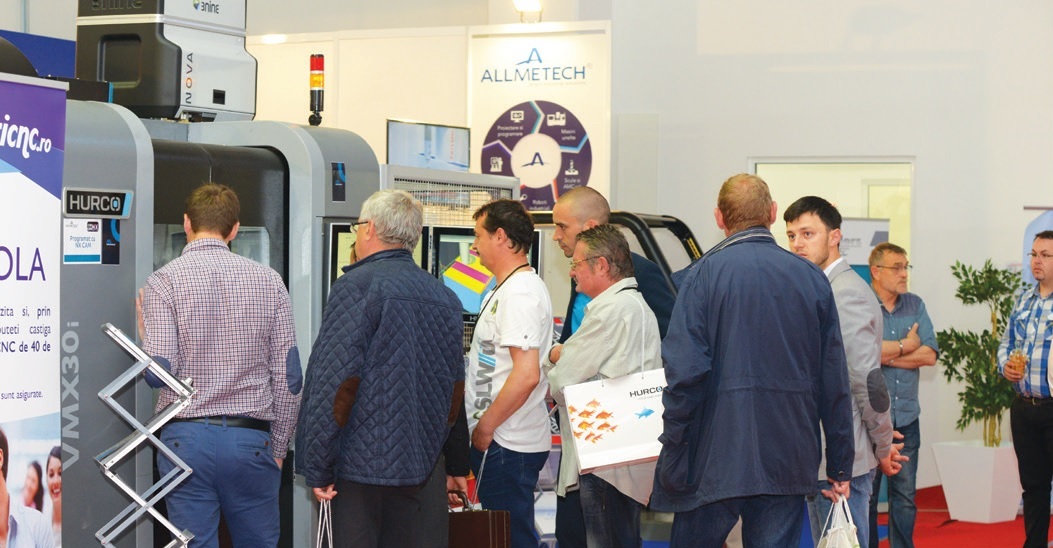 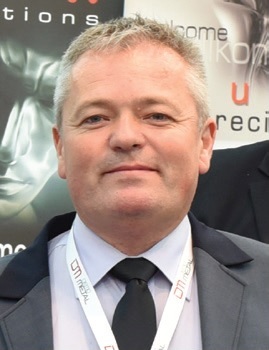 “For us, Demo Metal 2016 reconfirmed the interest and need for such events in areas with concentrations of metal processing companies (and the like), and Brasov only reinforces the impression from last year, when the choice for this location was made. The active discussions with partners and the new contacts with other would-be partners, found or re-found thanks to Demo Metal, supported our decision to join the event, while the discussions with partners opened up additional opportunities for future business. We also thank for the conditions on-site and for the support from organizers, and we hope in future events with at least the same level of quality.” Daniel GAVRIS, Managing Director AMARI Romania 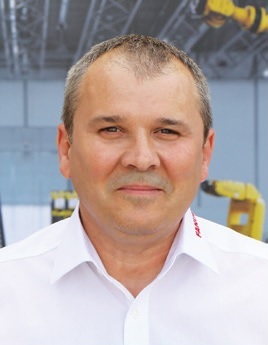 “I can say that our goal, which was to better promote our local presence in Romania and the entire Fanuc portfolio of products, was reached by our participation at Demo Metal 2016. It was our second participation at Demo Metal and the fact that we remained true to ourselves says a lot about the relation between our companies, one that is based on professionalism and mutual respect. Fanuc took this opportunity to exhibit some of its flagship products, such as the latest generation of digital controls, a cell powered by a Fanuc robot and the CNC Fanuc Robodrill vertical centre. We are definitely looking forward to our next participation in Demo Metal 2017.” Lucian MARTIN, Sales Engineer FANUC HUNGARY KFT 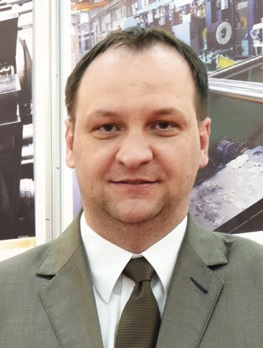 “This was the first participation for Trafil Czech, a member of the Lucefin Group, one of the largest producers of coldrolled bars, and although we were sceptical at first due to the different focus of the fair, the results were good, and we reached 80% of our objectives. The success is due to the professionalism of organizers, the exhibitors focused on the theme of the fair, and the clearly knowledgeable visitors. Thank you and success to you all!” Marius ALECU, Business Development Manager Trafil Czech 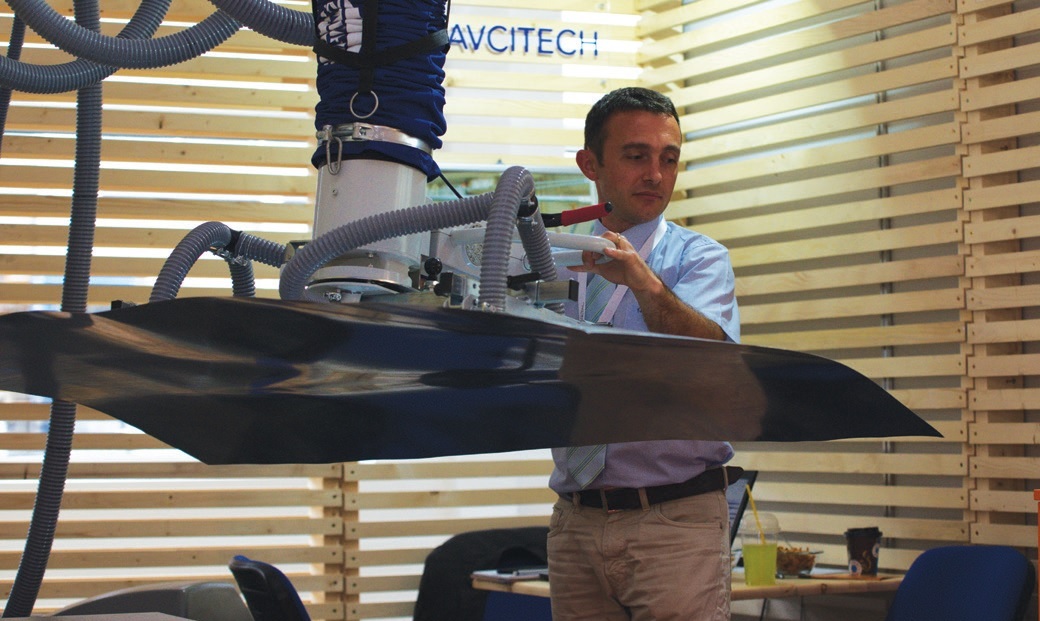 “Being our first edition of Demo Metal, we were pleasantly surprised by the large number of specialized visitors and the efforts of the organizers. The discussions held were more than interesting, the vacuum lifting tool for SCHMALZ sheet metal that we displayed was tested by many people, who acknowledged its ease of use (that tool can lift sheet metal plates of up to 300 kg, or up to 1 ton with another similar device).” Sebastian CRAVCENCO, Manager CRAVCITECH 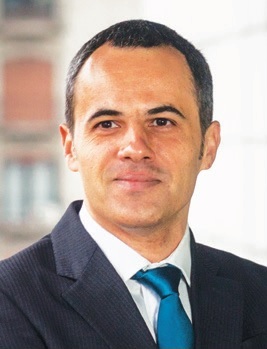 “The anniversary edition of Demo Metal was also the most successful so far. The technology displayed was state of the art, and the visitors consisted in knowledgeable professionals. The organization was perfect and allowed the participants to focus on their business. It was an honour and a responsibility for Digital Twin to be invited to coordinate the “Smart Manufacturing” conference, a recognition of the team's skills and efforts to tap into the potential of Romanian companies by means of digitalization.” Eduard OPREA, Cofounder Digital Twin - a Siemens Industry Software Partner 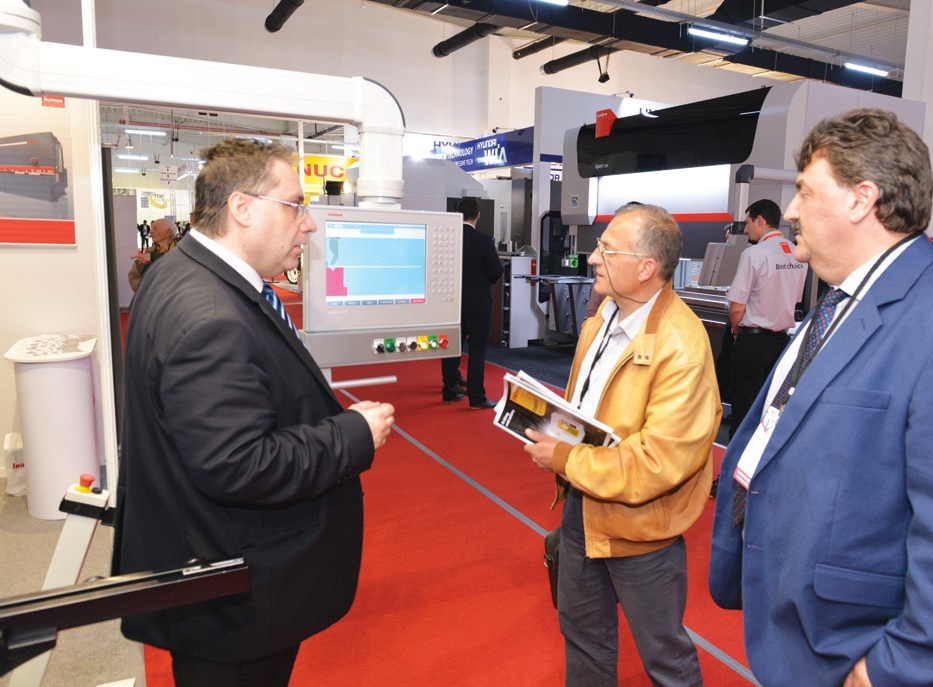