A pragmatic urge together with the staunch support of German companies were reason enough to initiate a new dual technical education pilot project in Brasov (Kronstadt) beginning with 2012. By a fortunate joint venture of serious and tenacious partners, with the support of the Romanian-German Chamber of Commerce and Industry (AHK), the German Economic Club of Brașov (DWK), the Brașov City Hall and the Ministry of National all made possible the creation of the Kronstadt German Vocational School, a model which will be expanded at national level as an example of good practice. Such extended cooperation set on pragmatic reasons and constant involvement are examples for how a pilot project for a return to normalcy provides new horizons towards economical opportunities in the area, based on the success and professional integration of the graduates. The tenacity and involvement of some companies supplying latest generation technology for its workshops and laboratories, the German Vocational School of Brașov offers new perspectives of training. As guests at the opening of the new academic year, we had the opportunity to take a few statements from some of those involved in the success of the SPGK project, which are given below.

Interview with Ramona Ţiţeiu,Head of the Kronstadt German Vocational School 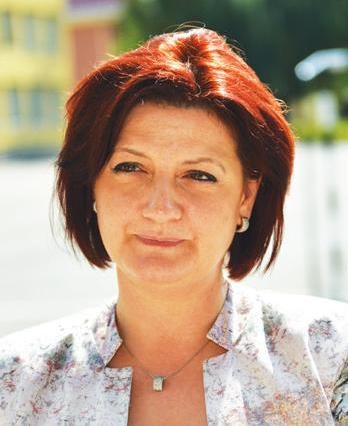 T&T: When was the Kronstadt German Vocational School pro­ject initiated and how this idea came into being?

Ramona Ţiţeiu: The project was initiated by German companies around Braşov, which realized around 2007-2008 that blue collar workers were no longer available on the labour market. The education system prepared only technicians or engineers, and the companies had aging workers and no staff to replace them. In such conditions, German companies set up the DWK-Fit for Future association, which was aimed at setting up vocational schools and ultimately reviving the Romanian vocational education.

T&T: What institutions supported you in the building and development of the project? What was the contribution of each participating entity?

Ramona Ţiţeiu: At the time of setting up the Kronstadt German Vocational School in 2012, three partners undertook various roles to support and promote it: nThe Braşov City Hall, which made available the school building (the former Rulmentul high school) and rehabilitated it nThe Braşov County Inspectorate, which requested the creation of the school and inclusion in the educational network of the county, and made teachers available nThe DWK-Fit for Future association, which undertook roles like equipping the school, managing the graduates and involving in the promotion of the school.

T&T: What were the stages of the project, what is its current stage and what is next?

Ramona Ţiţeiu: In 2012, the school began its activities with 129 students, with 5 classes and 2 specializations (digitally operated machines and industrial electromechanic engineer. Now, the school has 541 students in 20 classes and 5 specializations (besides the initial ones, we became trainers of tool and die makers, welders and leather and leather substitutes garment workers) at tier 3 qualification level, but also for mechatronics technicians (high school, tier 4 qualification level) for the very good students in our school, which we want to support to become university students.

In 2015, the Braşov city hall rehabilitated the school workshops, and partner companies fitted each workshop with high technology equipments. What follows is: ncompleting the technical endowment of the workshops nimplementation of the Kaizen management system nthe overhaul of the sports hall in 2016 non the long term, the building of a dormitory, considering the out of county students (we have more than 100 students from 15 counties who are currently accommodated in dormitories of other 2 high schools of Braşov). 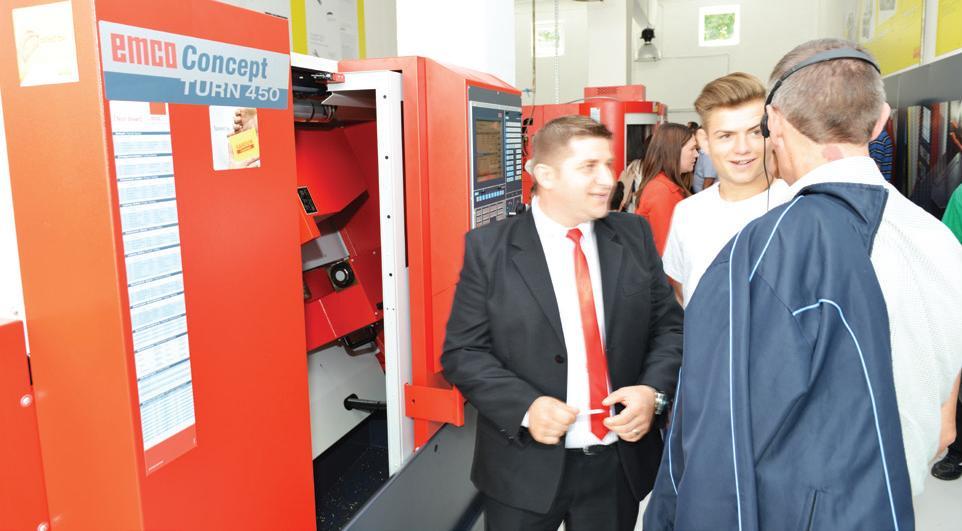 T&T: How can the students register for classes and what is the absorption of the school’s graduates on the labour market?

Ramona Ţiţeiu: The registration is carried out based on the vocational education enrolment methodology, as approved by the Ministry of Education. This methodology enables us to carry out a selection procedure upon request by companies, which is exactly how things are going. The procedure consists in a written text (mathematics, technical thinking, logic, concentration) and an interview with the company. Successful applicants have to achieve an average mark of 6, and the interview will account for 60% of this final average. The absorption rate for graduates in their training companies was 94% for both years

T&T: What are the qualifications available to graduates? What is the training level of the graduates and how satisfied are the employers?

Ramona Ţiţeiu: The fact that the entire practical training takes place at the company, under the guiding of the training instructors (company employees who are tasked with training the students) is reflected in the familiarization of the students with company policies, and they are particularly working with the techniques, technologies and company standards. Thus, at the end of the school, the graduates are fully trained for their position, also taking into account that in the last semester of the last academic year, the training consists in practical work at the future company. 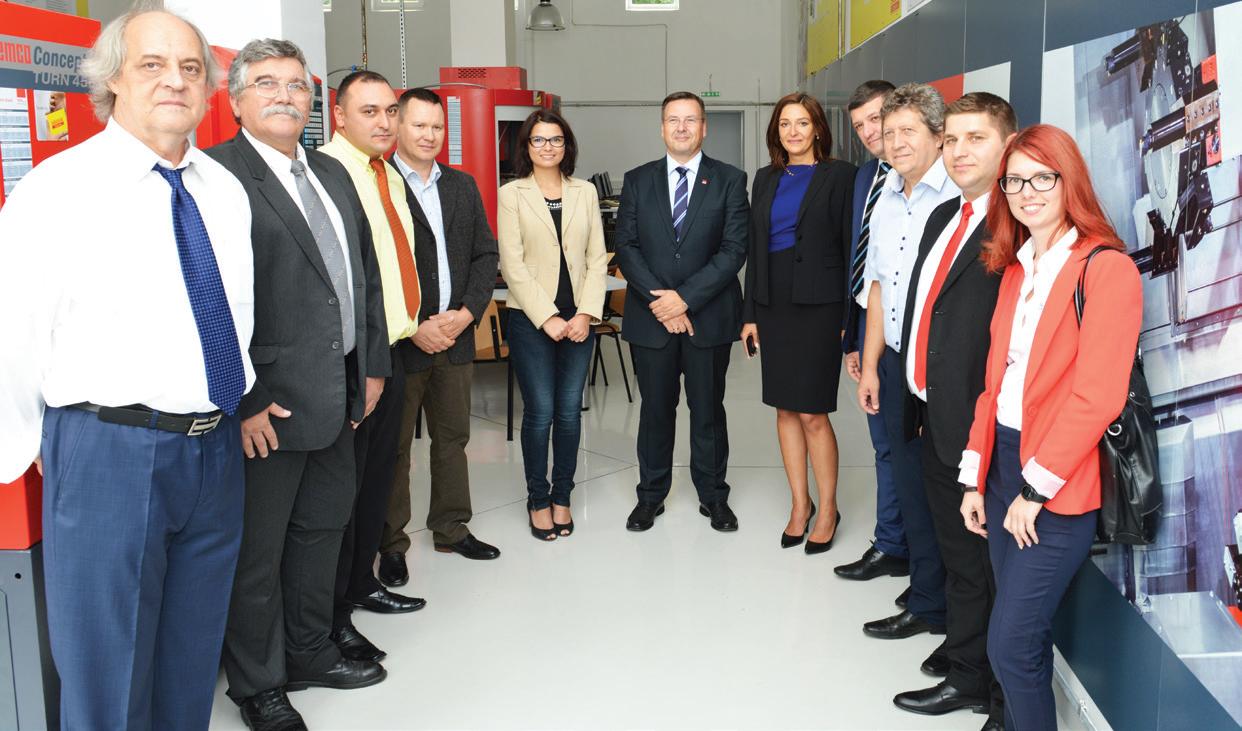 T&T: What companies have assisted you in equipping the workshops and laboratories with advanced equipment? What are your technical needs for the future?

There will always be a need for real-life technology as used by companies, so that the students become accustomed to it and better prepared for their future tasks.

"The idea behind this school emerged from the need of the Braşov companies for qualified technical staff. It is well known that before the set up of the German Vocation School (SPGK), both the parents and the children would shun such types of vocational training because of the general mindset that graduates of a vocational school have less than advanced studies and thus no employment prospects. In the last years, the Braşov economic environment, under the aegis of the DWK, together with the local authorities and the Ministry of National Education, managed to turn the tide and restore due respect for “trades”, by creating a modern school at European standards. The competition for admission to the SPGK is currently 6 applicants/place, who are coming from other counties except Braşov, which means that the school already earned a national reputation in its three years of operation. In view of this success, DWK supports the implementation of a dual education system in all Romanian cities.

This fact will be addressed by a working group made up of representatives of Braşov, Sibiu, Alba, Hunedoara and Timişoara, structured around 3 subgroups: Train the trainer, Curriculum and Marketing. These subgroups will attempt to provide an optimum definition of the dual system in Romania, in partnership with the business sector and the Ministry of National Education. DWK supports any initiatives to create vocational schools and provides the would-be applicants with advice on the documentation required to create such a school." 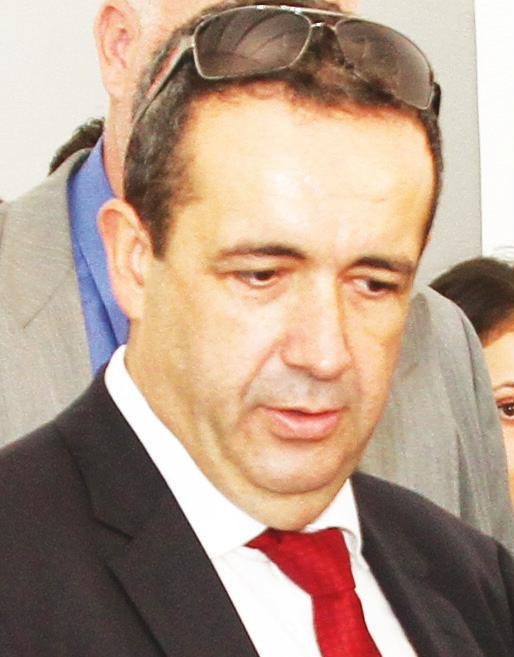 "The Romanian-German Chamber of Commerce (AHK Romania) is one of the promoters behind this project and has the role to verify the vocational training quality and its compliance with the rigorous German standards.

Upon request by partner companies, AHK Romania supervised the exa­mination of this school’s graduates and provided the above-average students with certificates of local dual qualification partially based on a German system.

The supervision process carried out this year was for the first time based on the quality standard and criteria of the Association of German Chambers of Commerce and Industry (DIHK) and included, among others: verification of suitability of each training instructor; verification that on-the-job training takes a significant share, that the assessment is based on objective and correct criteria and carried out by mixed examination commissions (instructors and teachers); observing the students at their final examination, when they presented a relevant project for their specialization.

These children are very good! Their final projects are exceptional: a barrier activated by miniature motion sensors, a mini cable car or a chess board, made when barely 16 or 17, are proof of their very good vocational training. This is the result of a training period in which theoretical training is perfectly intertwined with practice and correlated with labour market needs. Exactly how the dual German system is designed." 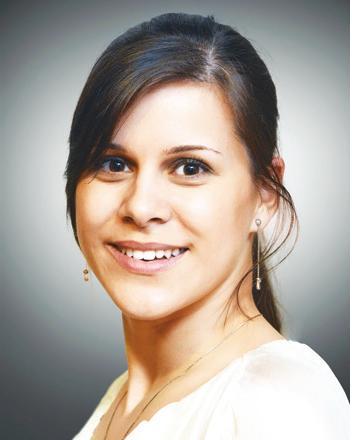 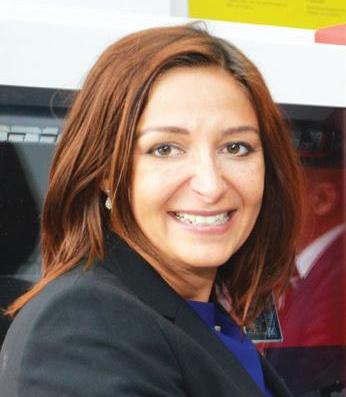 T&T:What drove the Allmetech and Emco companies to get involved in this project? What did this involvement imply?

Ramona Roşca: Both EMCO and ALLMETECH are interested and permanently investing in technical training, being aware of the needs of this field. This is why the decision to support the practical training workshops of the vocational school in Braşov only came naturally. EMCO and ALLMETECH provided support in selecting the suitable equipment for the workshops, installation and commissioning, but also in the training of the teaching staff who will operate this equipment.

T&T: How many machines have been made available to SPGK and how do they serve the future employments prospects of the students?

Ramona Roşca: EMCO provided the Kronstadt German Vocational School with 2 digitally controlled educational machines: a CONCEPT TURN 450 TCM lathe and a CONCEPT MILL 250 cutter, both from the top range of educational machines available at EMCO. The EMCO educational machines have been designed for maximum versatility and adaptability to collective or individual training needs, so that the students are able to run similar applications with those of their future employing companies. Moreover, EMCO’s CONCEPT range has the significant advantage of the interchangeable controller, which means that the students will learn several programming languages on one machine.

Ramona Roşca: EMCO takes part annually is such pro­jects all over the world. For instance, last year, it opened two centres of excellence: one in Slovenia and another in Honduras. We will open such a centre in Romania before the end of the year, not with educational machines, but with industrial equipment, since ALLMETECH aims to become even more involved in the development of this industrial
segment.

"The contemporary scientific thinking defines, creates and develops the MIND in and through the School, that “Lyceum” invented by Aristotle as an educational establishment oriented towards universal future. I congratulate the Followers and offer them our sincere contribution." 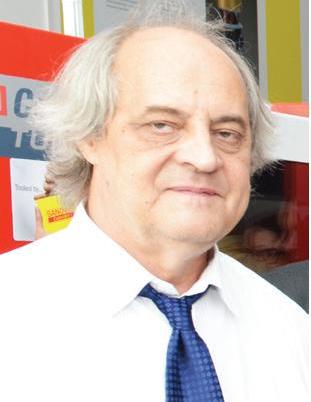 "Vocational school is the starting point for a future profession, in a state of the art technological environment, providing benefits for skilled young people, as well as value for the school they are graduating. The Kronstadt school is what we want to see in all Romanian cities. Sandvik Coromant wishes to congratulate all partners for their involvement in this project." 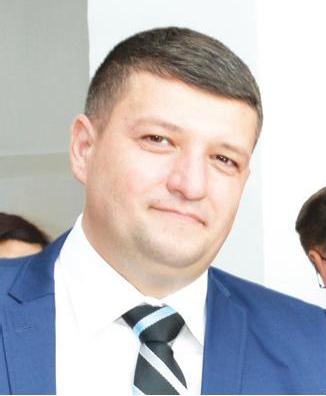 The Bosch Rexroth group also offered one hydraulic, pneumatic and electric diagram software. After installing all the equipments, our company held a one-week long training sessions on the use of the equipments. This project was carried out in partnership with the German Economic Club “DWK Fit for Future”.

The reason behind Bosch Rexroth involvement in this project was to support the students of this school to develop their technical skills and abilities, especially in the hydraulic, pneumatic and electric fields, as such knowledge will be useful at later stages in their careers." 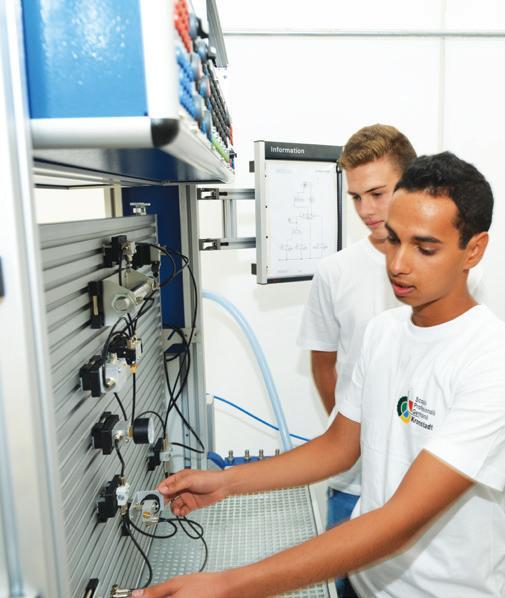 Since the beginning, as early as 2012, Hoffmann Group, European leader in the field of quality tools, had the honour to be close and support the Kronstadt German Vocational School every step of the way, according to the company values. The vocational training success of the Braşov school was immense, and the premises became simply too small.

Thus, in 2014, the decision was taken to extend the training workshops, a task undertaken by the companies supporting this pro­ject, including Hoffmann Group. In this context, Hoffmann Group installed furniture and latest generation locksmithing tools in the training premises.

The laboratory is equipped with 3 hexagonal work benches, each with 6 working places. The bench drawers are fitted with custom-made hard foam insertions based on the 5S method, which protects and maintains in order the tools that will be used by the future young specia­lists. The laboratory is also fitted with 2 working benches accommodating 3 modern drilling machines, next to a double grinder placed on a vibration-free stand. 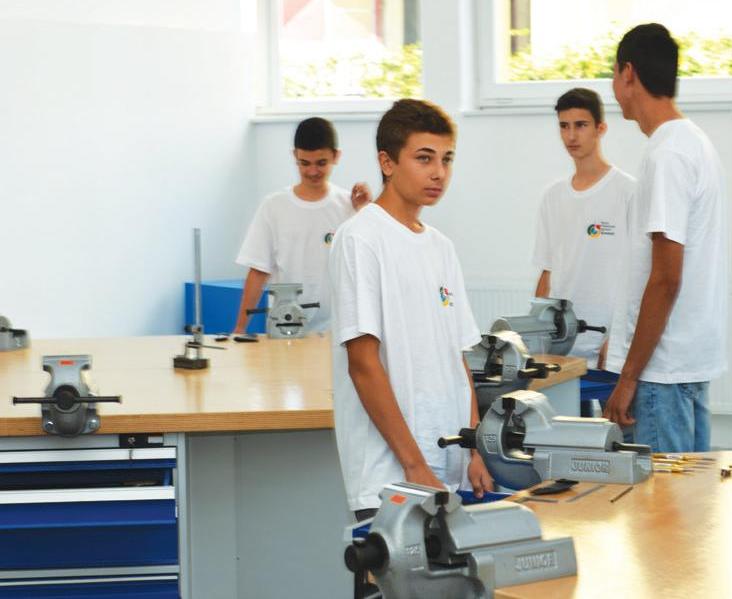