Daimler's Romanian subsidiary Star Assembly has started production of the 9G-TRONIC nine-speed automatic transmission. "With the expansion of transmission production in Sebeş, we are able to respond more flexibly and efficiently to the growing demand for automatic transmissions," says Markus Schäfer, Member of the Divisional Board of Mercedes-Benz Cars, Manufacturing and Supply Chain Management. Daimler is investing more than 300 million euros in the expansion of its production capacity in Sebeş and is creating around 1.000 new jobs.

Daimler has launched production of the 9G-TRONIC nine-speed automatic transmission in Sebes in Romania and is thereby expanding its transmission-manufacturing capacity. To mark the official launch of production, the new plant manager Falk Pruscha welcomed Costin Borc, Romanian Vice Prime Minister and Minister of Economy; Markus Schäfer, Member of the Divisional Board of Mercedes-Benz Cars, Manufacturing and Supply Chain Management; Frank Deiß, Head of Production Powertrain Mercedes-Benz Cars and Site Manager Mercedes-Benz plant Untertürkheim; as well as other guests from politics and industry. "With the expansion of transmission production in Sebes, we are able to respond more flexibly and efficiently to the growing demand for automatic transmissions. The development of our transmission production in Romania is an ideal addition to our global power- train production network with its lead plant in Untertürkheim," said Schäfer. Daimler is investing a total of more than 300 million euros in the expansion of capacity and is creating around 1.000 additional jobs at its Romanian subsidiary Star Assembly. The new production area covers the size of around ten football pitches. Some 500 kilometres of cables and 5.000 tonnes of metal went into its construction. "Today's start of production, together with the associated investment in the site in Sebes, offers excellent future prospects for the region. We are thus writing another chapter in the success story of cooperation between Daimler and Romania as a production location," said Costin Borc, Romanian Vice Prime Minister and Minister of Economy. Daimler currently employs over 1.800 people at the two sites operated by its Romanian subsidiaries Star Transmission and Star Assembly. Founded in 2001, Star Transmission's plant in Cugir manufactures gearwheels and shafts as well as machined components for engines, transmis- sions and steering systems. It is also home to the technology centre and a training establishment. Its sister company Star Assembly was set up in 2013 in Sebes, with production of the five-speed automatic transmission launching in the same year. The first seven-speed automatic transmission left the assembly line in 2014.­

"Our two Romanian subsidiaries are an impor­tant part of our global powertrain production com­pound. They produce reliably, flexibly and in top quality. The start of production of the high-volume 9G-Tronic transmission in Romania increases the competitiveness of our international production network," said Frank Deiß, Head of Production Powertrain Mercedes-Benz Cars and Site Manager Mercedes-Benz plant Untertürkheim. Mercedes-Benz manufactures automatic transmissions in a flexibly integrated production network in which Untertürkheim is the lead plant, with transmissions being assembled in Romania. The employees at the Romanian subsidiary were trained intensively in all assembly processes for several months as part of a qualification programme at the transmission-production facility in Untertürkheim. 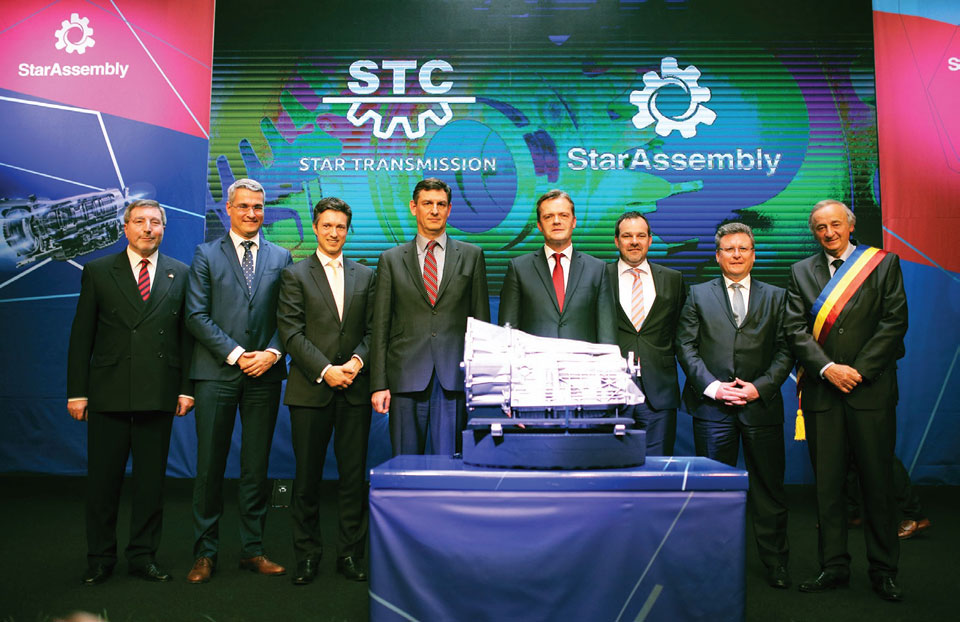 About the 9G-TRONIC nine-speed automatic transmission from Mercedes-Benz

Mercedes-Benz has been developing and pro­ducing high-quality automatic transmissions featuring outstanding ease of shifting, optimum energy efficiency and dependable durability for more than 50 years. The world's first nine-speed automatic transmission for premium vehicles with rear-wheel, all-wheel, hybrid or plug-in hybrid drive impresses with its excellently smooth operation and scarcely perceptible gearshifts, which has a particularly beneficial effect on efficiency and noise levels. At its launch, the 9G-TRONIC was initially available in the E 350 BlueTEC. The GLE Coupé (C 292) was the first model series to be equipped from the outset with this innovative automatic transmission. All new E-Class drive variations available at market launch are now equipped as standard with the new 9G-TRONIC nine-speed automatic transmission. In the coming years, the 9G-TRONIC will be used in almost all model series with a longitudinally mounted engine. 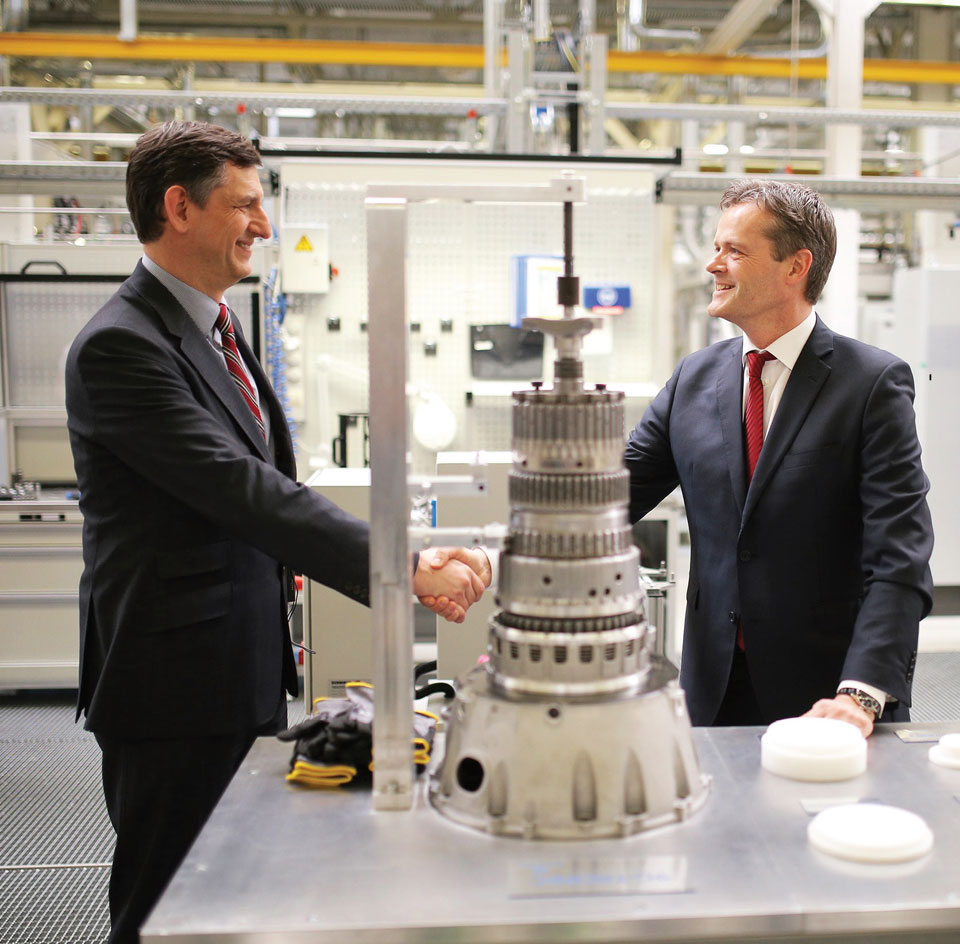 Mercedes-Benz Cars Operations is responsi­ble for passenger car production at 26 locations around the world as part of a flexible and efficient production network involving round about 78,000 employees. This includes the central functions of planning, technology fabric, logistics, and quality. Mercedes-Benz Cars produced more than two million Mercedes-Benz and smart passenger cars last year, marking the fifth record in a row. The network is based on the product architectures of front-wheel drive (compact cars) and rear-wheel drive (for example the S-Class, E-Class, and C-Class) as well as the SUV and sports car architectures. In addition, there is a powertrain production network (engines, transmissions, axles and components). Each of these production networks is grouped around a lead plant that serves as a center of competence for the ramp-up of new products, technology and quality assurance. The focus of day-to-day work is on the continuous improvement and refinement of state-of-the-art production methods, which allow future high-tech vehicles to be produced in a way that is efficient, flexible and environmentally friend­ly, according to the typical Mercedes-Benz quality standards. All of this revolves around the employees and their expertise, whose work is systematically supported by ergonomic workplace design and intelligent automation. In addition to its own production plants, Mercedes-Benz is increasingly leveraging partnerships and utilizing capacities at contract manufacturers as part of its growth strategy. (press release Daimler Communications)