One of the largest porcelain manufacturers in Romania, with over 40 years of business heritage is now planning to invest more into factory automation. After successful implementation of FANUC robots into the production system, the company decides to give more trust to the machines.

The trade-mark “Apulum” sounds familiar to many people in Europe, resembling with high quality porcelains for the Hotel-Restaurant-Cafeteria industry for tablewares, vases, tea and coffee cup sets, state-of-art porcelains and many more. Provided by the growing demand for high quality porcelains all over the world, Apulum had to facilitate its production by the newest technologies available in factory automation to meet the expectations of their clients. FANUC robots were chosen to supplement the manual labour in the plant and to ensure the quality of the products at the most crucial parts of the manufacturing.

The biggest benefit for us in the introduction of robots was not the accelerated production, but the decrease of defective products. You need to keep your profit in the production, and a way to do that is to produce less defects. We managed to reach a 95-97% of A+ quality products, which previously remained around 85%. The 10% improvement was granted by the FANUC robots.
Alvaro Santini,Apulum Owner

Naturally, the implementation of robots did not come without any challenges. Engineers had to work hard to integrate the robots to the existing system, and it was not an easy task either to convince elder employees to accept the robots around them. However, one year later, even those who were the most against the usage of robots admitted that Apulum would have never been able to reach such high quality standards for this scale of production with so many different pro­ducts without the help of automation solutions.

Increasingly, experts from FANUC suggest that the demand for factory automation does not always originate from the production side, but from the customer side. A key reason why Apulum had to introduce robots into its production was partly because big clients with long-term contracts required constant quality products, and robotic automation is the way to achieve this. 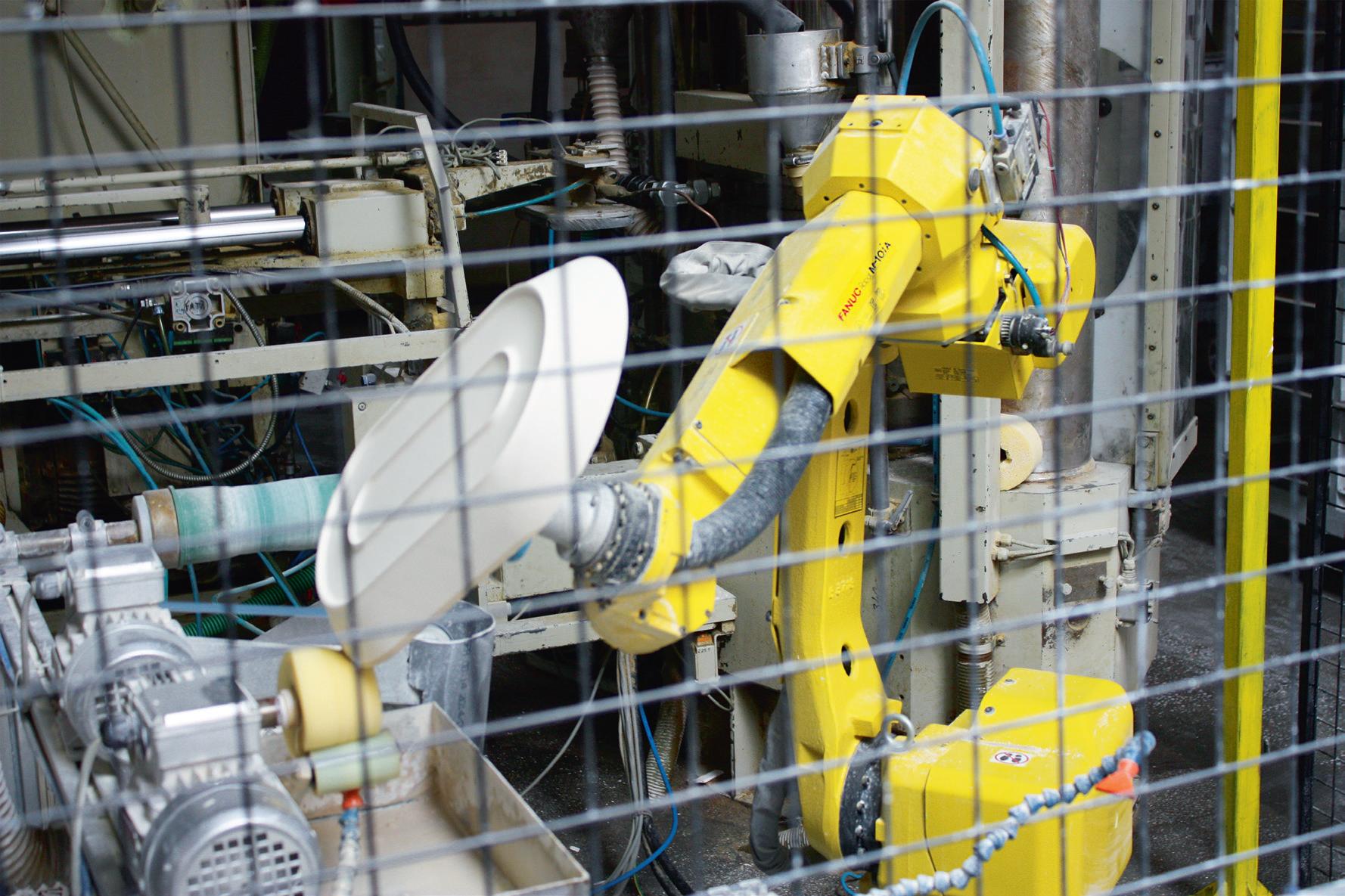 The change in production does not mean the Apulum will exclude human labour in its plant in the future. Quite the contrary: automation ensured the future of the company and enabled Apulum to build a second plant. As Mr. Santini puts it.

For porcelain manufacturers the production technology is like the motorway. There is the slow-lane, for smaller quantities with lots of manual work, the middle-lane which combines manual work with automation, and the fast-lane where robotic automation is a crucial part of production in order to deliver high quality products in large quantities. Still, the robots are like empty glasses. You need humans in order to fill them up with meaning. 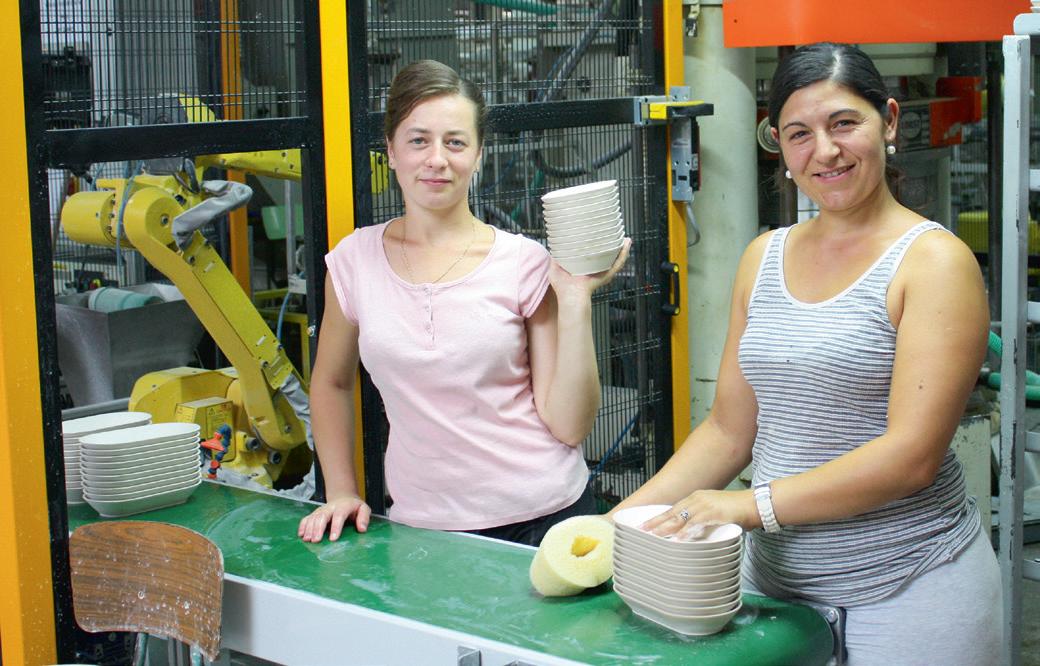 A reliable partner in factory automation

InnoRobotics was founded in 2011 starting as an integrator of FANUC. Due the company’s deep understanding of automation and the needs of their customers, InnoRobotics doubled their income every year. The successful collaboration with FANUC ensured Apulum to bring the most out of the factory automation solution, solve challenges, obtaining high productivity and excellent product quality.