Not by hazard, the company was set up in Oradea, thanks to the principles of the Faist group to support its customers and provide them with a global presence. The main activity field of FAIST MEKATRONIC is to build telecommunication infrastructure equipment, and in 2005, one of the major customers of the company had a production facility in Székesfehérvár, Hungary. Thus, Faist Mekatronic came into being at the end of 2005 in Oradea, in the mobile phone infrastructure sector, its main customer in this segment being Ericsson.

In terms of size and strategic importance, Faist Mekatronic grew a lot in its 9 years of activity, the Oradea branch being now in the top 3 companies of the group. As a crisis strategy and seeking to diversify the activities, the company debuted in the automotive sector in 2008, first with a single customer - Borg Warner, and then gathered other important customers in 2013, such as Mahle and Brose, and Hella from 2014.

The ambition of the young and motivated management team, supported by the group management, allowed the company to develop at a very fast rate. The general manager of the company, Remus Cotuț, is 33 years old, and his management team members are aged between 30 and 40 years old. The management approach is very simple, but also very determined: continued investment in people, technology and state of the art equipment to meet the expectations of the Faist group’s customers. 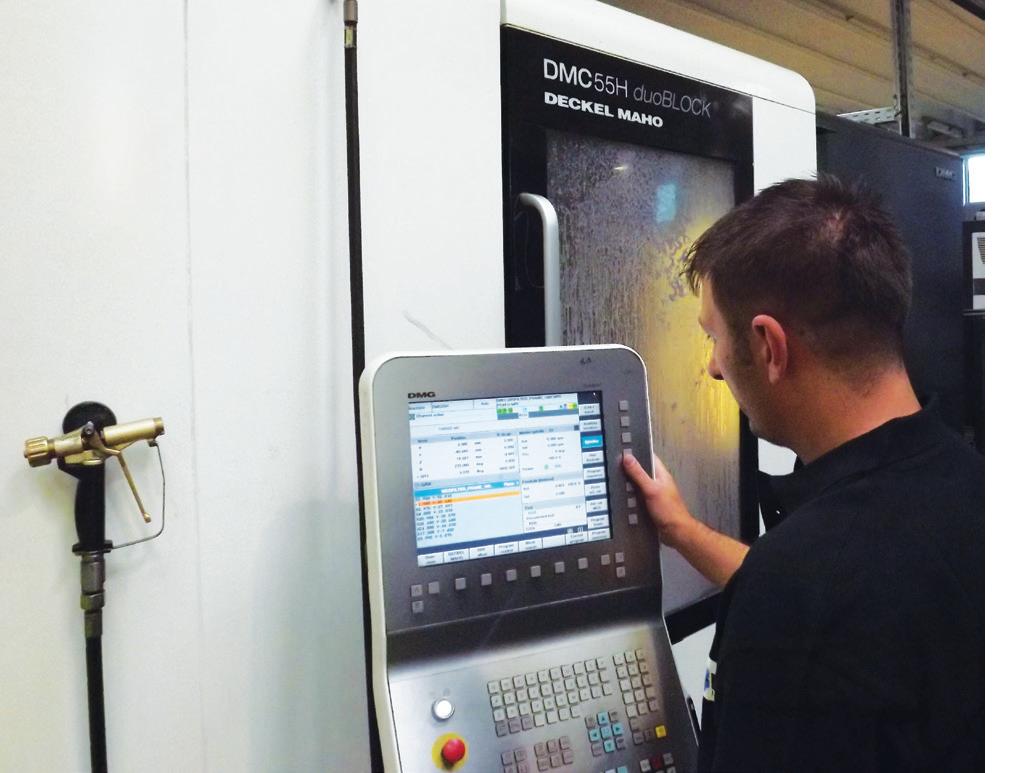 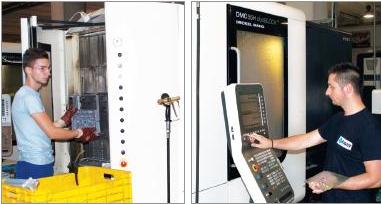 Faist Mekatronic is a strategic investment in Romania, and one of the main group companies seeking to cover the demand on the European market.

During all this time, the company developed by creating local skills for almost all the activities it performs: production, engineering, quality control, logistic management of the supply chain, human resources, financial, the only assistance from the group being in the field of sales.

The evolution of Faist Mekatronic is even a spectacular one, as the company grew from 4 mil. Euro turnover in 2008 to expectations of exceeding the 60 million Euro threshold in 2014.

This evolution was made possible by an actual demand for its products, good value for money – one of the customers declared Faist Mekatronic as “official development partner”, and by the recent efforts to diversify production, managing to attract three new important customers from the automotive industry.

The company currently has more than 900 employees, as compared to 120 in 2008, and increased continuously ever since. It relied on employing young people with little experience, but who qualified and became experts in the Faist Mekatronic processes, the same going for the management team, with an age average of only 37 years. The company initiated internship programs with local universities and high school, which was very useful in training young talents who later became employees. 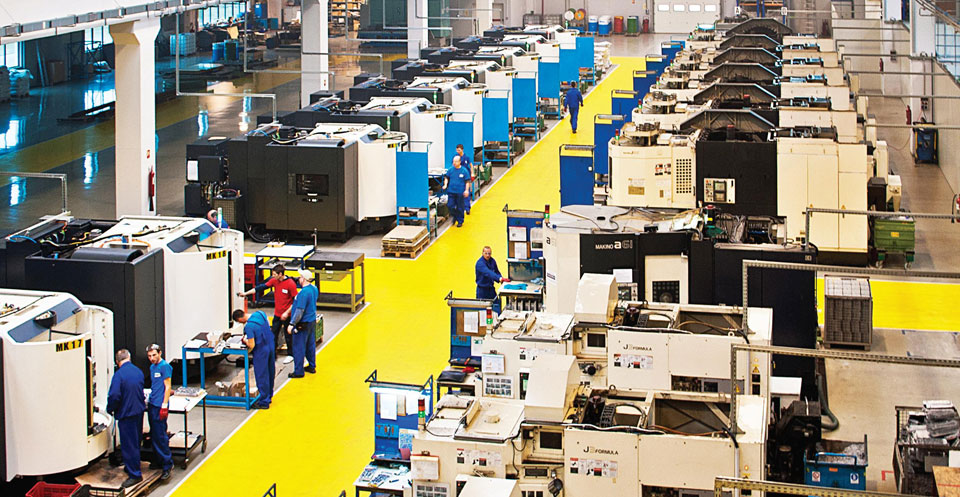 The Oradea company maintains varied technological processes such as pressure aluminium die casting, mechanical machining and galvanization of surfaces. The mobile phone infrastructure includes aluminium cases for radio frequency filters. The parts go through pressure aluminium casting processes, high precision mechanical machining which require 4 axis machines due to the complexity of the parts and silver galvanization treatment. The automotive industry is represented by pressure die cast oil-vacuum pump cases, and the mechanic processing reaches tolerances of up to 5 microns, using 4 axis turning points and hydraulic clamping – these pumps are manufactured with DMG MORI equipment. Other products in the automotive field are tensioning bodies for engine distribution systems, electric stator aluminium cases for electric engines with concentricity tolerances and diameters of up to 8 microns. The customers include ERICSSON, BORG WARNER, MAHLE, BROSE, ABB, KATHREIN.

The vision of the Feist group is to be a technology leader and create partnerships with strategic customers that benefit from innovation, operational excellence and a global presence. The Faist group policy of being a technology leader has been implemented on a permanent basis, as the company invested more than 30 million Euro in latest generation equipment in Oradea over the last three years.

To achieve this ambitious target, Faist Mekatronic developed in Romania a successful partnership with DMG MORI. The relationship with DMG MORI began in 2010, with the purchase of 4 mechanical turning centres, and the high performance and competitiveness of DMG MORI warranted future decisions to purchase DMG Mori machines, which are currently in number of 30 at the Oradea factory. 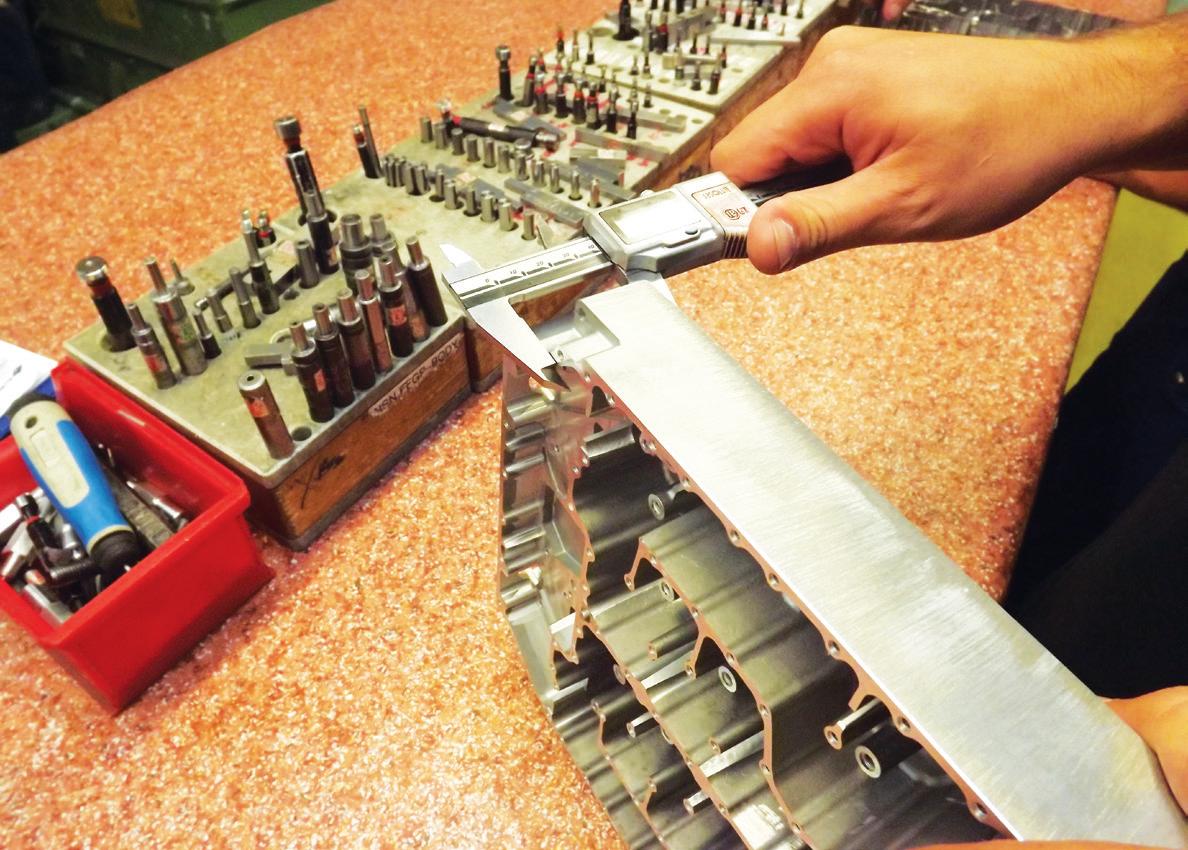 In 2011, with the significant increase of the production capacity and after a market study for the purchase of 20 horizontal turning centres with digital command, the selected supplier was DMG MORI, which won thanks to the excellent value for money and for the courage and professionalism shown by DMG MORI in their commitment to comply with the FAIST performance requirements. The machines were delivered and installed in the second half of 2011 and beginning of 2012. “The machines successfully fulfilled their performance and productivity requirements, which made us keep on developing the relationship with DMG MORI, and later purchase further 12 turning centres with digital command in Romania alone. But more than that, we recommended this supplier to other group companies in Germany and Mexico, where 11 other centres were purchased”, declared Remus Cotu], Faist Mekatronic general manager. “DMG MORI had another very significant advantage in the funding solution which it provides through its partner, DMG Finance – a very good solution for the financing of machines by industry manufacturers – and, in addition, the support provided by DMG MORI in Romania and other services are a boon for good relations between Faist Mekatronic and DMG MORI.”, also said Remus Cotuț.

For the future, the Oradea company seeks to diversify the customer portfolio, produce components for the automotive industry and maintain the current telecom infrastructure customer portfolio. “The future development of Faist Mekatronic will consist in maintaining its good evolution so far by increasing the production capacity to the nice figure 100 million Euro in the following 10 years. To reach these objectives, the company already started to extend the current production hall from 16,500 sqm to 25,500 sqm, and install new pressure die casting and digital command mechanical machining equipment”, added the general manager of Faist Mekatronic.