Worldwide, the photonic technologies have constantly developed due to a versatile device that covers an extremely broad range of applications: the LASER. Since the invention of the first laser device in the 60th, due to the special properties of the coherent, monochromatic, unidirectional and high intensity light, the laser has become a universal tool used in almost all fields, from civil to aerospace and military applications. In the scientific research the laser was involved in most of the high-impact discoveries in both fundamental and applied research.

Today, the laser emitting devices are spread from common and daily uses (barcode readers, DVD players, high-speed internet on fibre optic, laser displays and light shows) to industrial applications in automotive industry, aerospace, textiles, and many others. The laser equipment are more and more used in the technological steps as a tools that replace the traditional processing machines. The lasers are also used in applications requiring a high degree of precision and reproducibility, in non-destructive and highly accurate analyses, such as spectroscopic methods for laboratory analysis, interferometric methods for quality control of products, and telemetry in civil or military applications.

Romania is the 4th nation in the world to build a laser device. Since 62’s, when the first Romanian heliumneon laser have been reported, various types of lasers and laser applications were developed at the site on M`gurele campus in the southern part of Bucharest. Before 1989, many laser devices manufactured in M`gurele equipped factories and hospitals in the country. After 1990, despite the economic situation, the "School of Lasers" initiated by Prof. I. I. Agârbiceanu created new generations of specialists in laser physics and engineering. In 2005-2008, through the National Research Program CEEX and with scientific contribution of researchers from the National Institute for Lasers, Plasma and Radiations Physics - INFLPR, the technological gap in the field of lasers between Romania and the rest of more technologized countries started to be reduced. At that time, a strategic plan for the development of high-power lasers and their applications have been conceived. This strategy was initiated in 2006 with the installation at INFLPR of a laser with ultra-short pulses and peak power of 3 GW, then continued with the installation of a laser with an output of over 10 TW, followed by installation in 2013 of a laser with peak power of 1 PW. This strategy will culminate with installation at ELI-NP of 2x10 PW laser, whose installation is planned for 2018. In parallel, applications of lasers have been developed in various fields: nanotechnology, nanomaterials, bio-photonics, telecommunications, health, automotive industry and others.

After a long period of time in which this area has suffered stagnation due to the economic difficulties experienced by Romanian companies, the interest in photonic technologies is now booming. The scientific expertise of researchers led recently to the establishment of the Center for Advanced Laser Technologies – CETAL, that rivals the largest facilities of its kind in Europe and worldwide. CETAL is a research infrastructure unique in Romania and South-East Europe, built by the full financing of the Romanian Government. Here is provided the framework necessary for carrying out scientific research and technological development in the field of high-power lasers, laser processing and photonics to the highest standards in the world, in a modern building provided with laboratories and technological spaces, advanced equipment, clean rooms, an underground bunker that provides shielding from ionizing radiation and electromagnetic pulses that may be produced during experiments with 1 PW laser, data center and control command room for experiments. The scientific and technologic activities are carried out in the following laboratories:

The establishment of this research center, which includes a wide range of photonic technologies, is an important step in boosting the relaunch of the Romanian industry by development and implementation in the local companies of most of the modern and efficient technologies, the lasers based ones.

CETAL have an important contribution also in the development of high-power lasers in Romania. Attracting at M`gurele an European infrastructure project of the size of ELI-NP was possible because of the fulfilment of a milestone in the strategic development plan of ultra-intense lasers, the laser infrastructure CETAL-PW representing a significant advantage in human resource development for the future European ELI-NP needs.

The other two laboratories from CETAL: LaMP and PhIL, are mainly dedicated to applied research and were designed precisely to promote the photonic technologies and to implement them in the industry. Companies and SMEs in Romania have access to the best laser equipment, here new technologies, more efficient and more environmentally friendly, can be developed and tested. Lasers for industrial processing like laser welding, laser cutting and laser cladding are available for testing various alloys and for developing the processing steps. Laser systems delivering ultra-short laser pulses allow extremely precise laser processing down to micrometer resolution. The 3D printing of microstructures in photopolymers with unprecedented spatial resolution and freedom of 3D geometries is possible using the 3D laser lithography systems from CETAL.

The photonic investigation techniques using various type of high sensitive spectroscopic methods are available for testing qualitatively and quantitatively a broad range of materials in pharmaceutics, cosmetics and food for the quality measurements of the products, or for environmental pollution assessment. The optical fiber sensor developed by the researches from CETAL is a new technology well adapted for all kind of environments for remotely monitoring civil infrastructures or fabrication processes in factories. A laser vibrometry system is used for testing equipment or components in laboratory simulated vibrational conditions. And these are only a few of the capabilities of the CETAL facility. 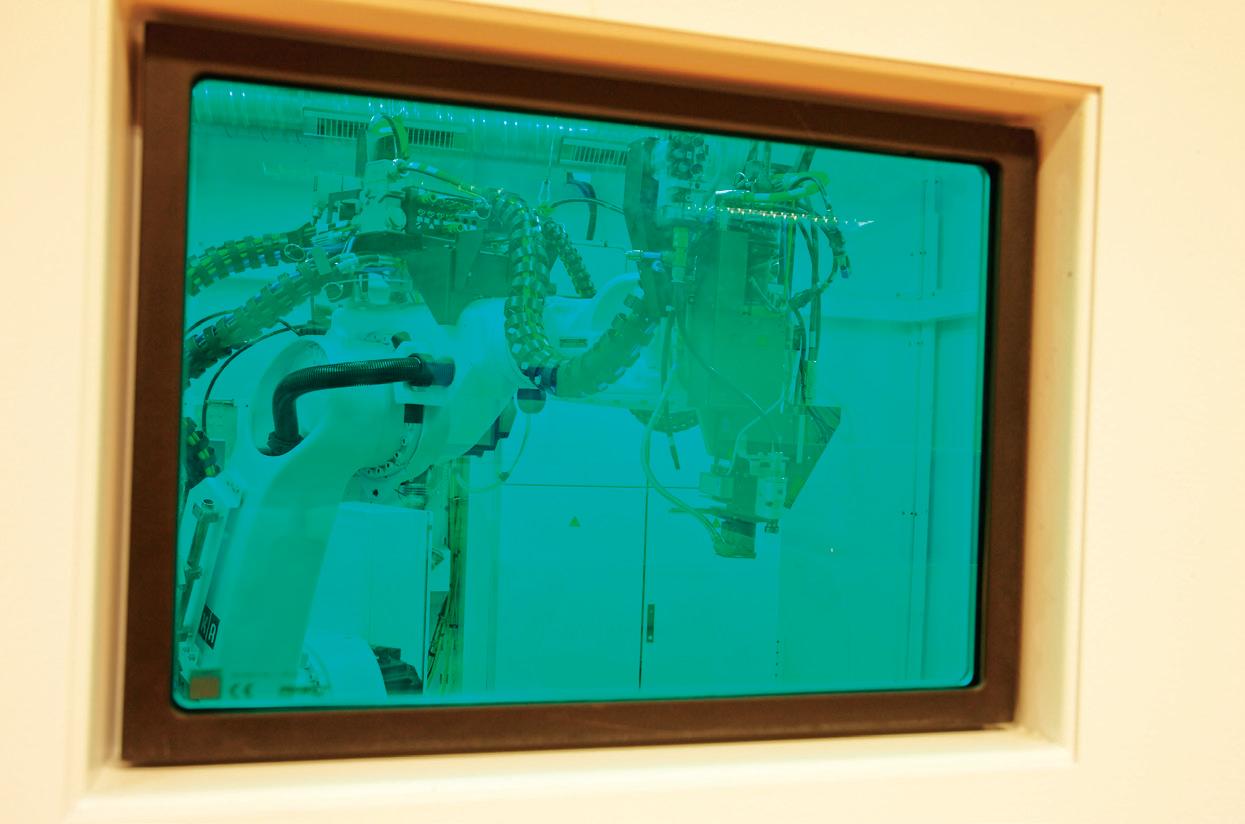 Increasingly the SMEs in Romania are growing their interest in laser technologies, more and more industrial laser systems are acquired, so obviously beneficial to the development of those companies, but one must take into account a sustainable development and safe operation of the laser equipment. There is a lack of proper training for workers in companies subjected to laser risks, insufficient information and law enforcement agencies on security and safety measures in the field of lasers, and deficiencies in the legislation governing the safe use of laser equipment. Thus, through the experience and qualifications of the certified personnel, the Center for Advanced Laser Technologies - CETAL is not just a center for development and dissemination of the photonic technologies in Romania, but is also the institution best placed to be actively involved in promoting the rules for safe use of lasers, thus contributing to the sustainable development of the national economy sectors that use the laser technologies.